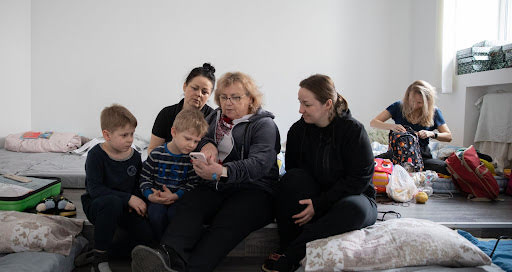 Thank you for your help for Ukraine! 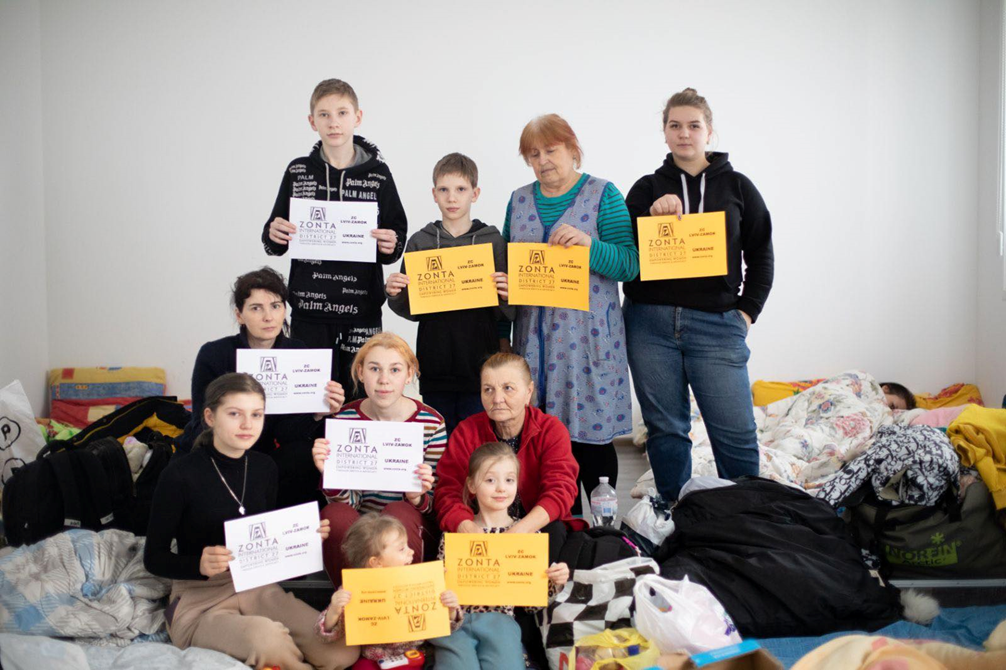 The clubs register more and more refugees, who prefer to stay in the western part of the country. This is why they are trying to accommodate refugees in homes or shelters that can be used for a longer residency. To do so, they need furniture and equipment for the shelter apartments, and materials for school children and students. 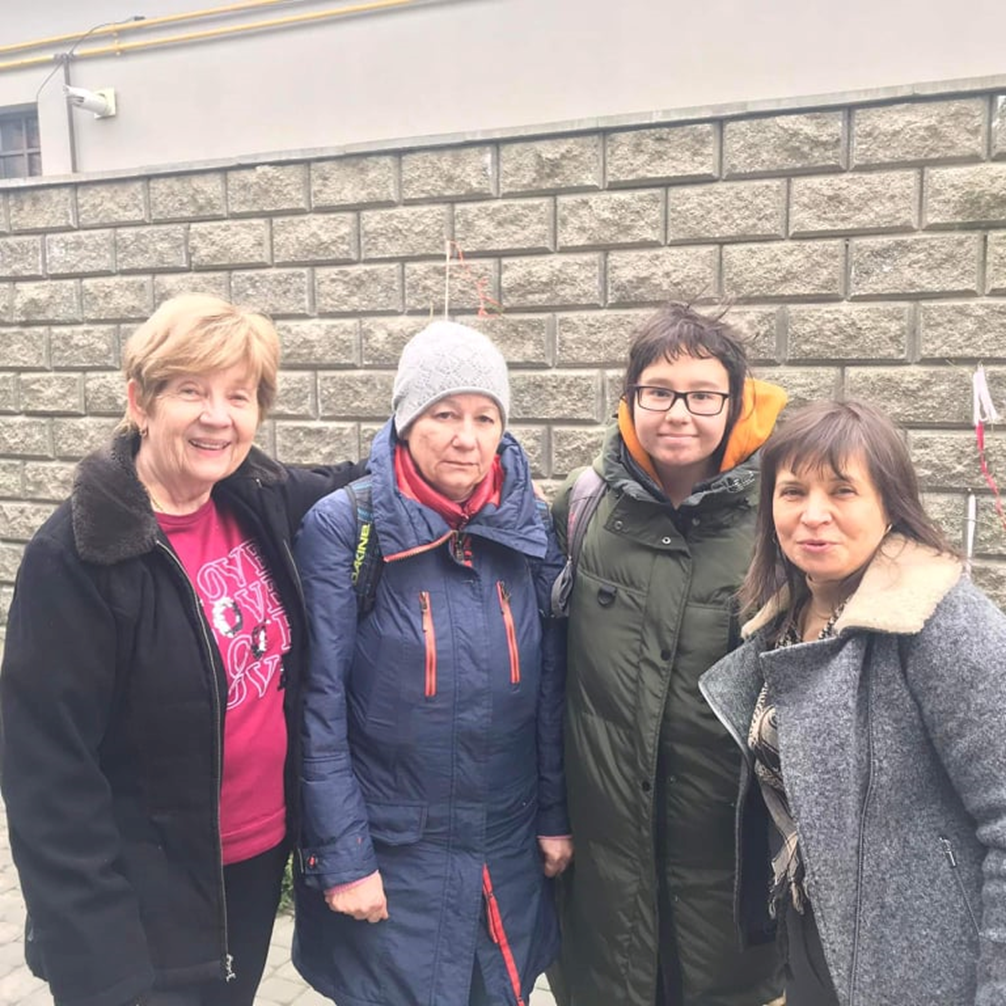 Katherine Bizilya and Helen Kovalchuk from ZC Uzhhorod with two refugees, Mother and daughter. The two fled from Kiyv region and went to Australia with the help of Australian Zontians. The elder daughter and sister of the two is a recipient of Women in Technology Award of Zonta and asked us for help.

Read more about Uzhhorod actions on our webpage

The Zonta Club in Uzhhorod for example they bought 18 tablet computers to allow children to follow school teaching online. They support a canteen kitchen for refugees and they provide clothing and bedding for refugees. One member, Myroslava Kalamanyuk owns a clothing factory and employed 65 refugee women to secure their living costs.

In Lviv there are two clubs: 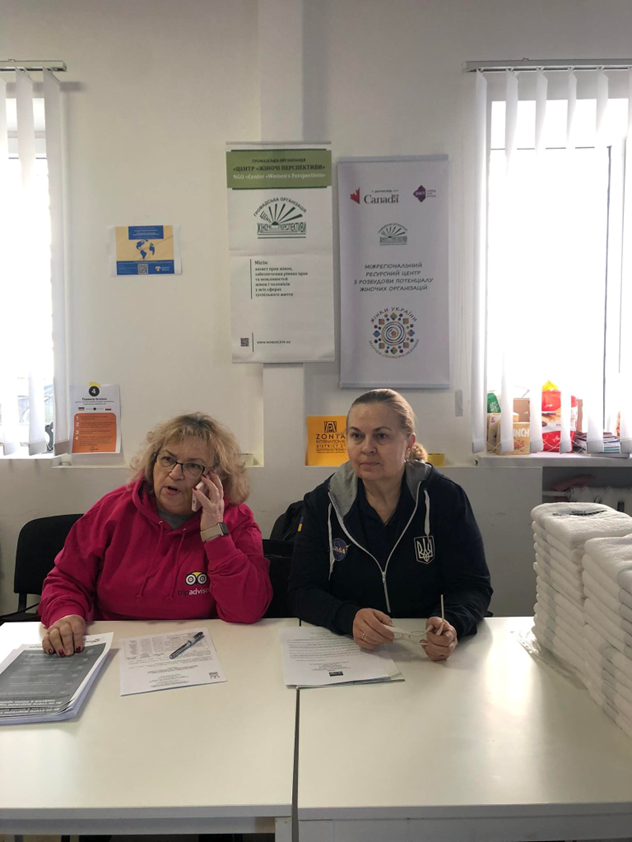 This long-time project is now mainly sheltering and supporting refugees. Those, who don’t want to stay in Ukraine can nevertheless remain for a few days in the shelters. They will get psychological help and hygiene products, clothing, food, and all they need before going on their journey abroad. 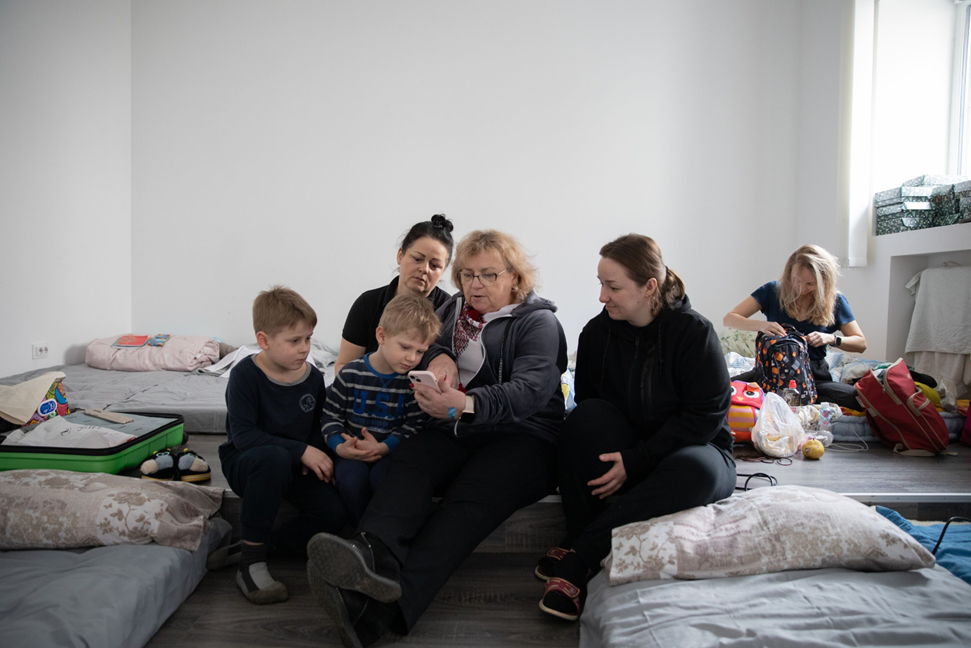 The Center is well connected and they have organized transports from larger groups of patients to other countries, like two groups of cancer patients that need treatment, who went to Spain.

Last week Luba and her team opened two more shelters for families and small groups who want to stay, in the region of Lviv. 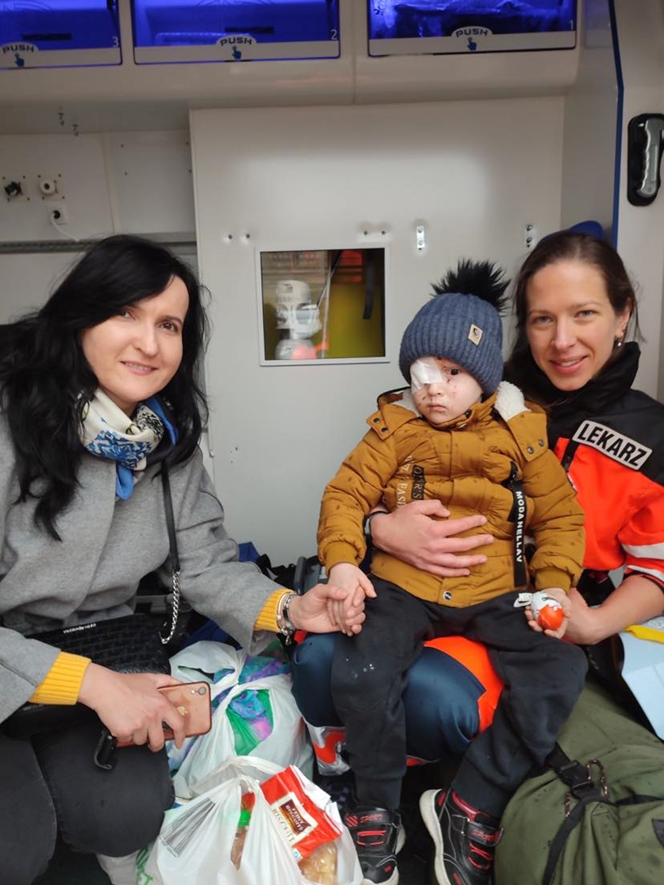 Nataliya Preys, president of ZC Lviv with one of her little patients and a nurse

The president of ZC Lviv, Nataliya Preys is an ophthalmologist who is working in a hospital where many civil and military victims are being treated. Nataliya received money to pay for medicine and supplies like bandages and other supplies. She also supports patients, who get surgery in Poland.

ZC Lviv also takes care of a group of orphans. 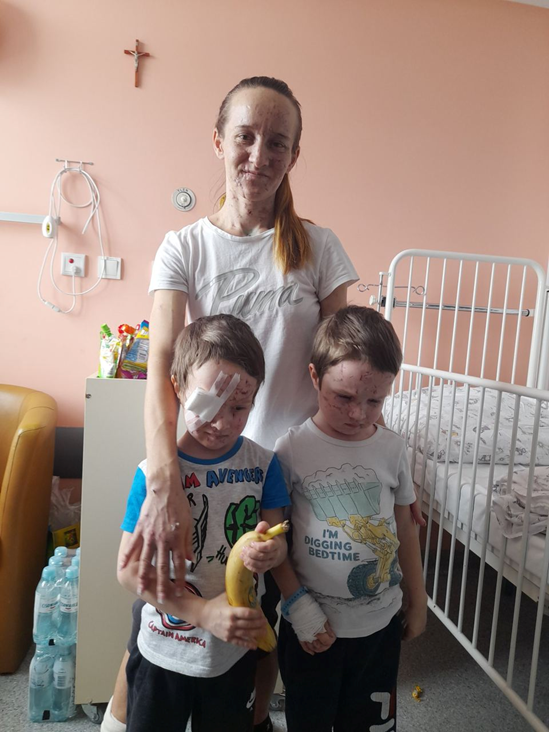 A mother with her twin sons. They fled from eastern Ukraine and could get surgery in Poland.

Read more on our webpage

Many of our members are involved in projects that support refugees, but we shouldn’t forget: All of them are suffering from constant siren howling and more or less shelling and bombing.

Some lost their jobs and some are struggling to make a life. Even if our members can be considered to be better off than most people in Ukraine. Our Zontians in Ukraine are very courageous and generous women and they are very grateful for all the support they get from Zontians. And it’s not only the financial help, it’s also the concerns, the wishes and the concern Zontians show for them. All Zontians from Ukraine want to express their gratitude for this.

Thank you!  We stand together!