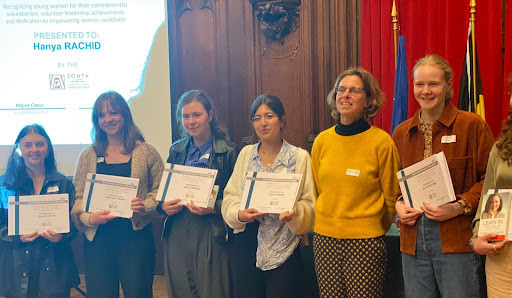 Last April 19th, Zonta Club Brussel Zavel organized an impressive Awards Ceremony at the City Hall of Brussels. The Ceremony took place in the beautiful Gothic Hall in the City Hall in the presence of alderman Lydia Mtyebele Ngoi and representatives of Schools from Brussels area, previous Award winners and family and friends of the nominees.

The Young Women in Public Affairs Award (YWPA) 2022 was assigned to Hanya Rachid from RC Dilbeek. The YWPA award targets female High School students between the age of 16 to 19 who have demonstrated leadership and are providing an active effort for community service inside and outside the school; 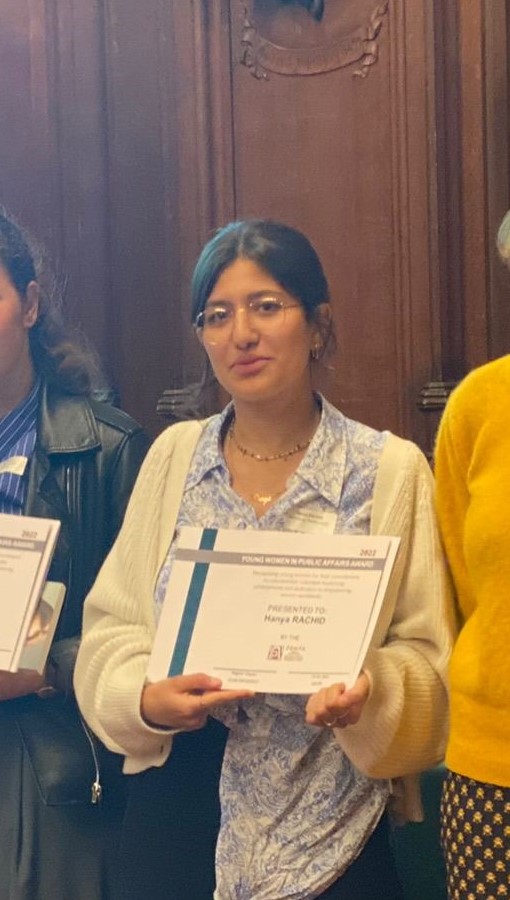 This year, the Jane M. Klausman Women in Business Scholarship 2021 went to Ms Kaat Lambrecht who got elected both at District and Club level. 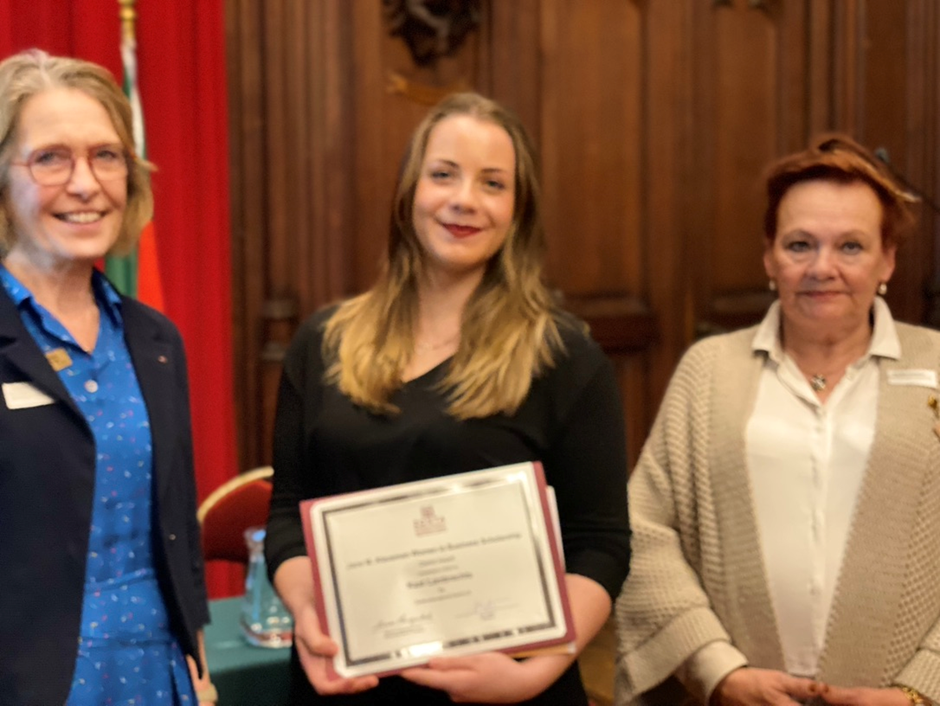 The Jane M. Klausman scholarship targets female Business Students who are in their 2nd year until last year of Business Studies and who have demonstrated a great career potential for growth in business .

The Zonta Zavel Encouragement Prize 2022  was offered to Ms Olivia Lastra for her impressive Master thesis on ‘Speaking Truth to Power’, a feminist care-ethical perspective on the morale courage of Mary Wollstonecrafts “A Vindication of the Right of Woman” 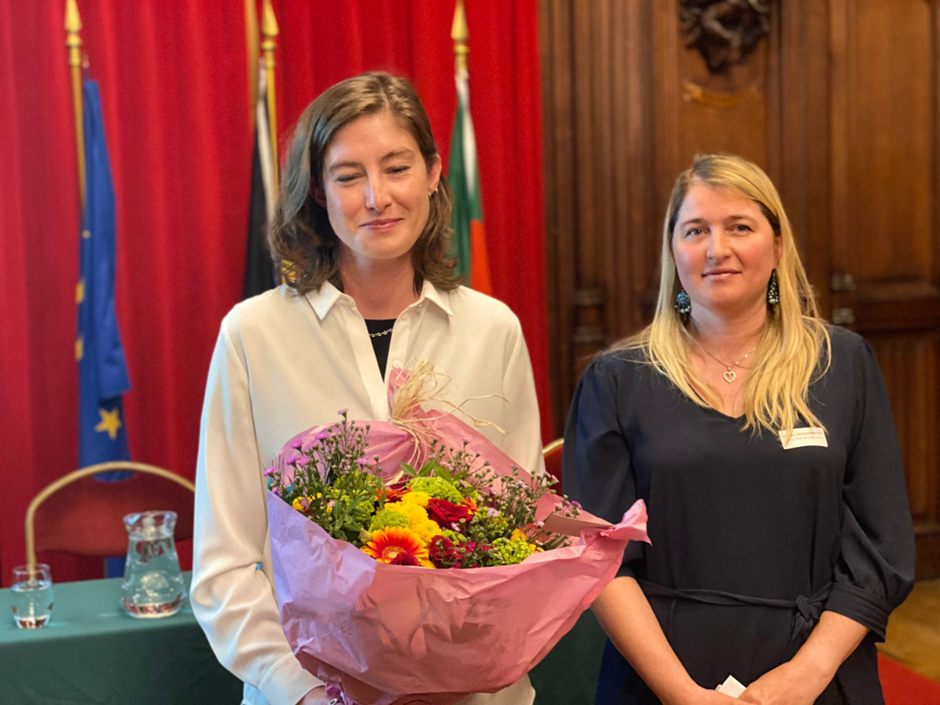 Hassan Al Hilou, young entrepreneur (he is only 21 yrs)  and key note speaker of the evening, inspired the public with his testimonial. Hassan is the founder of Youth Talks, a Brussels platform for exchange and debate between youngsters. In addition, he founded Capital, a NGO that aims at increasing social mobility of youth in the capital by means of training, internships, jobs and entrepreneurship. 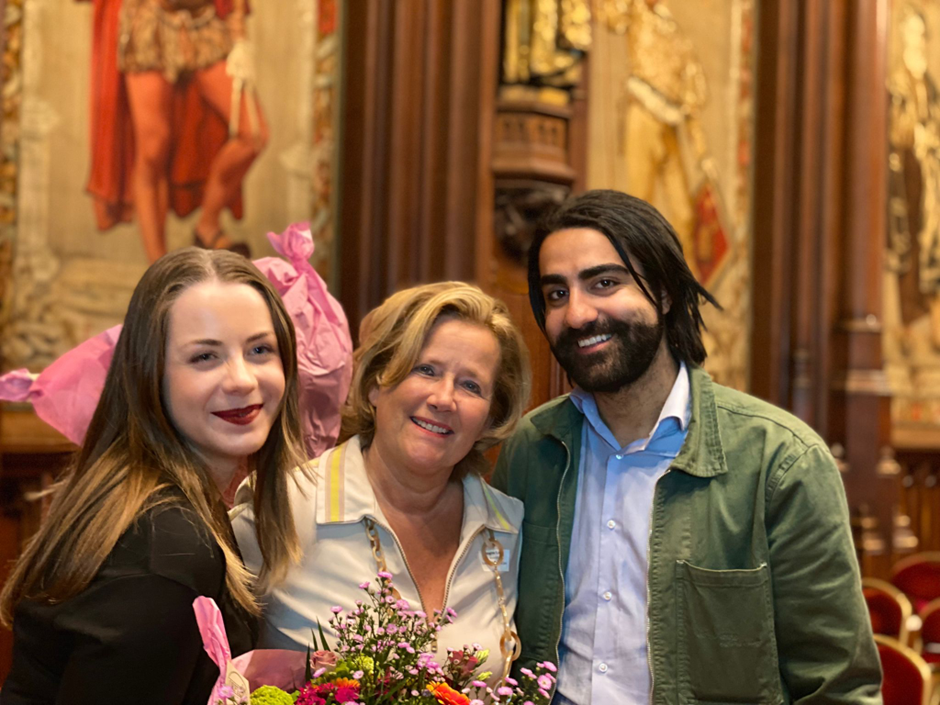 The evening was festively celebrated with a refined reception and buffet during which the public could further liaise and seek inspiration and empowerment with each other.

We as Zontians are very much impressed by this upcoming, female talent. It was a top event!