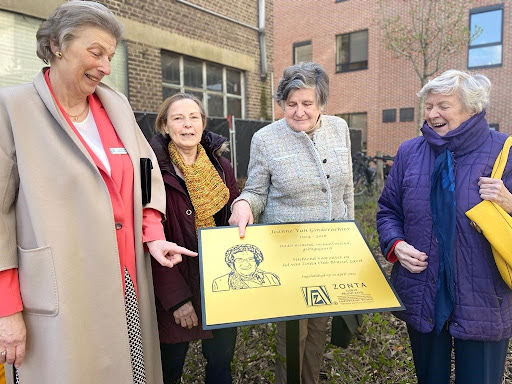 On April 10th, in Merchtem, nearby Brussels, the ‘Jeanne Van Ginderachter’ Square was solemnly inaugurated with Brass band music and speeches.

In 1967, Jeanne Van Ginderachter was first a member of the board of ZC Bruxelles and later in 1978 she with others ladies founded Zonta Club. Brussel Zavel and she was elected as the first Club President. She was an active Zonta member until the moment of her death, in 2018.

Together with the remaining founding mothers of Zonta Club Brussel Zavel, Régine Claeys, Club President, initiated and promoted the idea of giving the name of Jeanne Van Ginderachter to this Square in Merchtem, the hometown of Jeanne.

Inspiration was found with Sofie Lemaire, a TV–producer who noticed that more men than women are chosen for street names and squares. A complete file on Jeanne Van Ginderachter’s achievements was made and submitted to the college of Aldermen and the Mayor, who accepted our request. Jeanne Van Ginderachter would receive her own square located at the corner of the re allocation of the old brewery considered as industrial heritage.

At the inauguration of the Square in Merchtem, Jeanne Van Ginderachter was remembered as a socially committed and a remarkable woman who was strongly dedicated to other women within the brewery and also in the community. Moreover as a founding mother of Zonta Club Brussel Zavel, she was a role model to all of us and she made herself meritorious by supporting and encouraging entrepreneurial women. 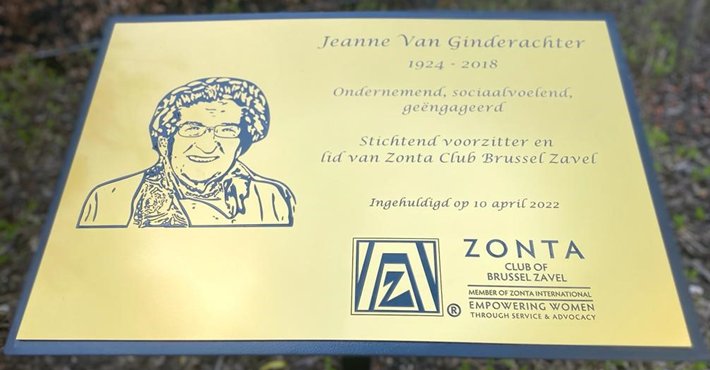 Apart from this, Jeanne was until the year 2018, the year in which she passed away, Honorary President of Concordia, the local Brass band who in the year 2015 brewed the special  beer ‘Madame Jeanne’ at the occasion of their 150th anniversary .

On April 10th, under a blue and sunny sky, the Jean Van Ginderachter square was inaugurated in the presence of more than 300 family members and friends of Merchtem  and many Zontians. 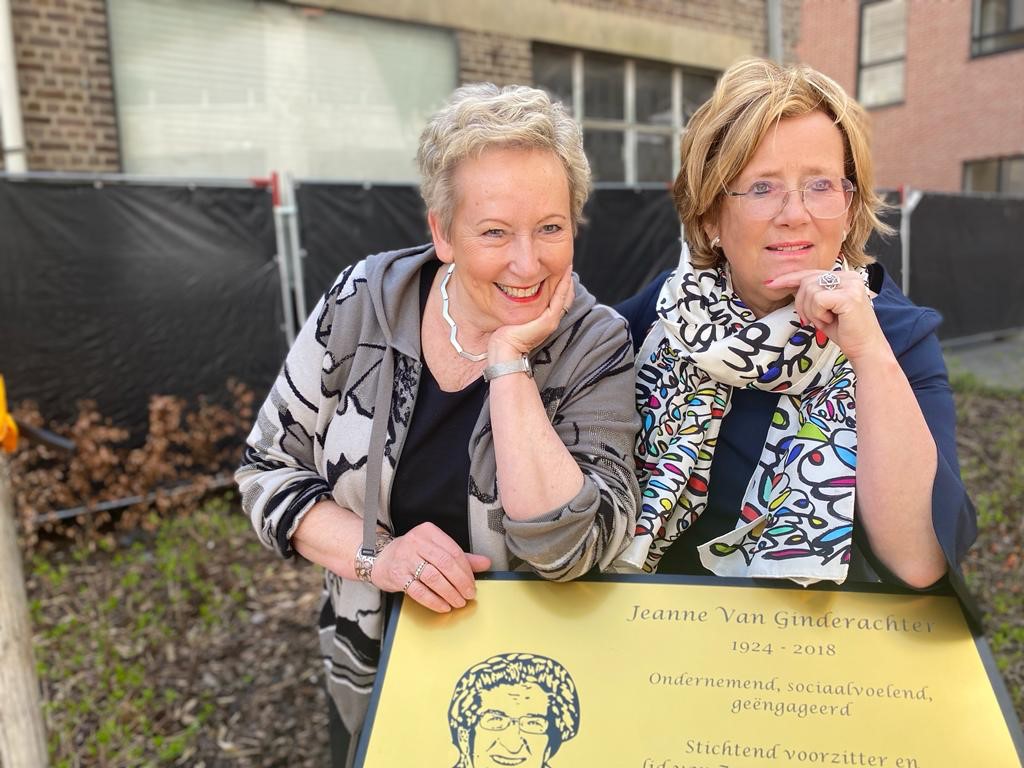 Giving Jeanne’s name to this Square in her hometown was the best tribute we could give to this exceptionally remarkable women, Jeanne Van Ginderachter.